Generating our own energy is great news, which made District engineers wonder: how can we produce even more? It turns out that the answer is grease. Each month, thousands of gallons of fat, oils, and grease are hauled away from local food service facilities. 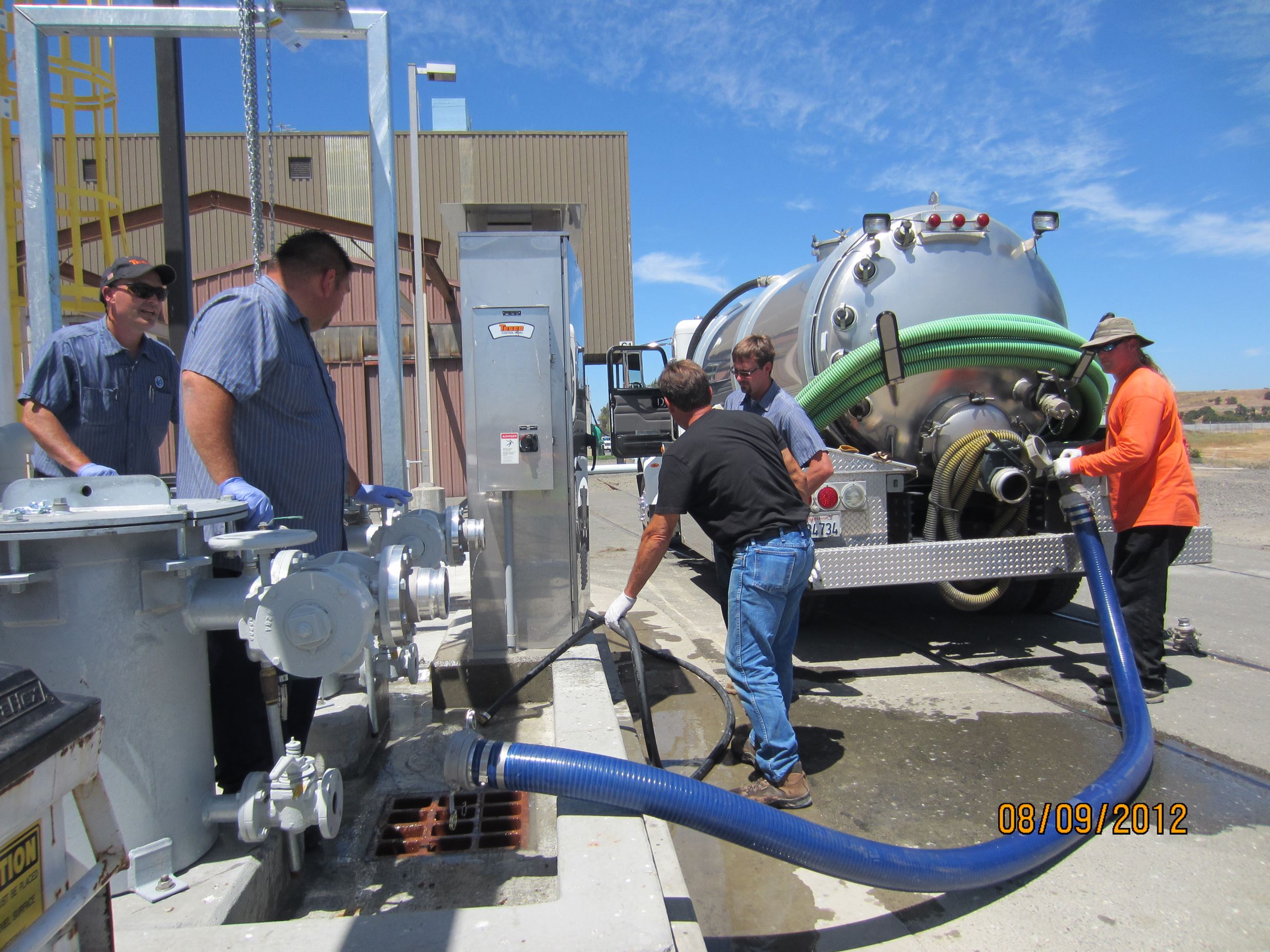 Beginning in August 2012, that waste can be hauled to the Soscol Water Recycling Facility where it is pumped directly into the digester from a grease receiving station. The FOG provides high-energy food for the digester bacteria, bumping up gas production that allows the District to produce more electricity.

This increased energy production could cut the district’s $750,000 annual energy bill by $100,000 to $200,000. Besides that cost savings, the District will generate income by charging a tipping fee to FOG haulers.

The grease receiving station can accept over 200,000 gallons each month. Revenue generated by this service can be used to offset other costs and help keep rates down for District sewer customers.

The benefits of this program ripple out beyond the Napa Sanitation District and its customers. Before the District opened its grease receiving station, haulers had to take FOG loads all the way to Oakland for disposal. A more convenient disposal location on Napa means fewer trucks on the road and reduced carbon dioxide emissions.